Home > Blog > The Evolution of Gaming – How Did It Start and Where are We Going?

The Evolution of Gaming – How Did It Start and Where are We Going? 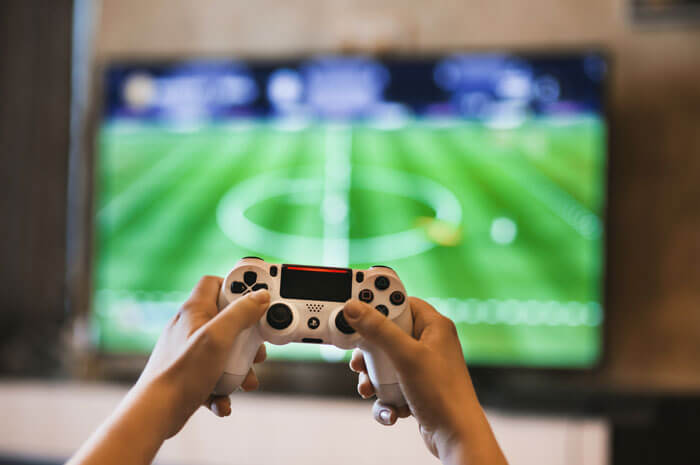 Minecraft. League of Legends. Fortnite. Tetris. You've probably played one of these games at least once – or heard of them. The evolution of gaming paints a fascinating period in history, and many of us have been a part of it.

Today, we'll be delving into the history of gaming, as well as where it stands now and where it may go in the future. Whether you're an enthusiast or are looking into gaming app development, get comfortable and pick up your console.

Introduction to the Evolution of Gaming

Video games have become a large part of many of our lives. There are so many genres and you can play on your TV, your phone, or your tablet. You can play online or offline, alone or with friends, or even just watch others play in real-time.

The notion of young male teenagers being the only participants of gaming has been debunked for quite a while now: 38% of video game players in the US are actually between 18 and 34 years old, and 7% are over 65. As for gender, 46% of gamers in the US are female.

How did we get to this gaming-loving world? Let's dive into the history of video games.

The Roots of Video Gaming

Gaming app development goes back a long way, and if you ask three different people what the first video game was, you might get three different answers. People may define "video game" in various ways.

On our part, we'll step right into April 1940, when Edward U. Condon designed a computer that could play the traditional game "Nim", in which players tried to avoid picking up the final matchstick. Thousands of people played it, and the computer won most of the games.

Other notable achievements in the evolution of gaming include the first known baseball computer program on the IBM 1620 (John Burgeson, 1960) and the first computer-based video game Spacewar! (Steve Russel, 1962).

But undeniably, one of the most important milestones in gaming was the development of Pong, a table-tennis themed arcade video game, by Atari.

Atari created a whole new industry around the arcade. In 1973, when they started to sell Pong, arcade machines began popping up in shopping malls, bars and bowling alleys around the globe. Other companies even started to produce knock-off versions.

The arcade market began to plateau due to an influx of these Pong imitations, but in 1978 the release of Space Invaders breathed life into the market. Growth was further driven by new franchises such as Pac-Man (1980) and Donkey Kong (1981). 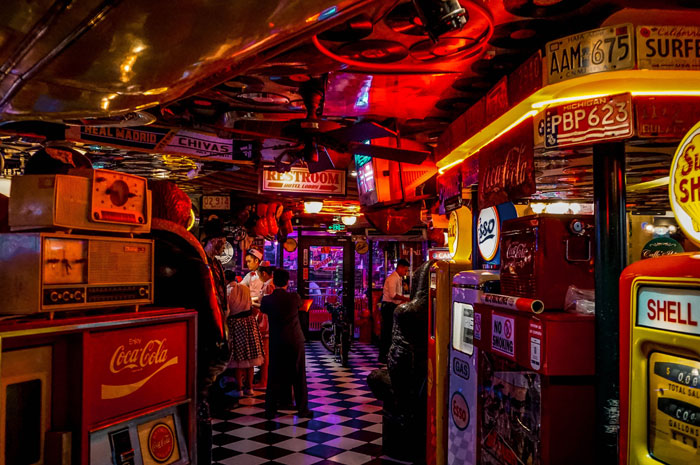 The Origins of Multiplayer Games

In a multiplayer video game, more than one player can play at the same time and in the same environment. There are some ways to do this:

Such games often require players to use networking technology or share a single game system. Unlike, single-player games, multiplayer games offer an element of social communication.

Initially, multiplayer games were still confined to players competing on the same screen. Players would use their initials to record high scores and would fight to remain at the top.

The first instance of players competing on separate screens was with Empire, created by PLATO (Programmed Logic for Automatic Teaching Operation) in 1973. It was a strategic game for up to eight players. In 1974, Spasim for PLATO was released by Jim Bowery. This 32-player space-shooter game is often considered the first 3D multiplayer game.

Personal Computers and the Gaming Industry

The arrival of personal computers or home computers created a massive shift in the evolution of gaming.

The video game boom set off by Space Invaders (1980) resulted in market saturation, since so many new consoles and companies popped up. With too many consoles combined with too few engaging, fun games, the North American video game industry crashed in 1983.

At around the same time, home computers such as the Apple II and Commodore Vic-20 began to grow in popularity. These new systems were relatively affordable for the average US citizen (about 300 USD in the early 1980s; that's about 860 USD today) and were marketed as "sensible" options for family use.

These computers' processors were far more powerful than the earlier generations of consoles. Hence, they opened the floodgates to a new kind of gaming, with less linear and more complex games. They even offered technology for people to develop their own games with BASIC. 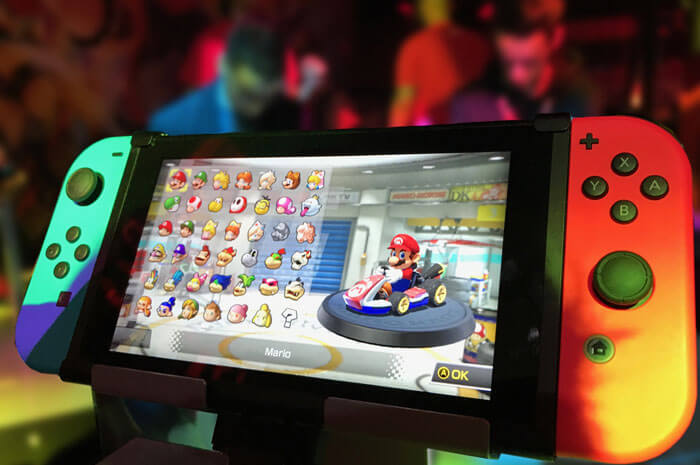 Before giants like Nintendo and Sega set their sights on online gaming, many engineers tried to use telephone lines to transfer information between consoles. For example, the CVC GameLine by William von Meister, which was unveiled in 1982.

Advances in online gaming as we know it took place in the early 1990s with the release of 4th-generation 16-bit-era consoles. This occurred after the Internet became part of the public domain in 1993.

The rise of mobile and the Internet grew the gaming industry to hundreds of billions of dollars in revenue. In 2001, Microsoft launched the Xbox Live online gaming platform and soon became a must-have for gamers. In 2004, World of Warcraft released and peaked at 14 million monthly paying subscribers.

During this period, Nintendo still dominated the handheld market with their Game Boy consoles, and BlackBerry and Nokia attempted to integrate game apps into their phones.

However, it was Apple's iPhone that truly made the transition of gaming to a mobile platform. The release of the App Store was soon followed by Google's store for Android devices. This laid the way for gaming app developers to create games (paid, free, or pay-per-feature) for a mass market.

Who Gets to Play Video Games?

It would be disingenuous to ignore the "no girls allowed" mentality that plagued the gaming sphere for years, and to a certain extent still does.

In fact, video games used to be intended for the whole family. Advertisements would show moms and dads and sons and daughters all playing Pong or something else.

However, when the video game industry made a resurgence in the 1980s, it did so by marketing video games as toys for children. As we know, even now, toys are often separated by aisles for boys and girls. Video game companies bet on boys, based on whom they thought were gaming at the time. From thereon, marketing for gaming became increasingly male-centric.

As those boys grew up, video games began to be marketed towards men, and the games heavily objectified female characters. Hence, there was a trend of not just marketing for men, but creating an unpleasant environment for women.

However, as before, the video game industry hit a wall – the market grew saturated, and there are only so many men in the world. Video game companies once again switched tactics to expand their market.

Now, we are back at the point of the gaming industry saying, "Come one, come all – anyone can be a gamer." But it will take time to not just revamp its image, but also make women and minorities feel comfortable within the gaming sphere.

The (Many) Video Game Genres

There is a growing variety of video game genres and sub-genres, especially as game developers blend different types of games.

Typically, video game genres are categorized by objectives and characteristics, rather than the type of gameplay contained. Having said that, many games fit into multiple genres.

Bear in mind that many genres also overlap. Even seemingly clear-cut terms such as "action" or "fighting" could cover plenty of titles. Hence, many dedicated gamers prefer to use specific names to distinguish the type of gameplay.

With that, we'll list out some of the most common genres.

Most Popular Video Games Currently in the Market

If you're looking to dip your toes into gaming, searching for more games to play, or researching gaming app development, this list is a good place to start.

The future of gaming seems strong. With the proliferation of streaming services, social media games and smartphones, it appears the industry is on the right track. As of 2020, there were 2.7 billion gamers worldwide.

Gamers have never been so privileged, especially those with money to spare. They get to pick and choose from a veritable banquet of video games, and many have their eyes on the shiny new VR consoles. The evolution of gaming is truly ever-changing.

If you're looking to get a game developed, look no further. BluEnt develops gaming apps (both web and mobile) for gaming companies, tech companies, Fortune companies, funded startups and SMEs.

Furthermore, a crucial part of being a video game company is conducting gaming data analytics and managing your data. This is time-consuming and costly, and requires specialized skills. For this reason, many game development businesses turn to big data management and advanced analytics services.

We've got years of experience and have served clients such as Gearbox, who created the famous Borderlands franchise and Brothers in Arms series.

Ready to make your project a success with gaming app development and data analytics & management? Contact us now!