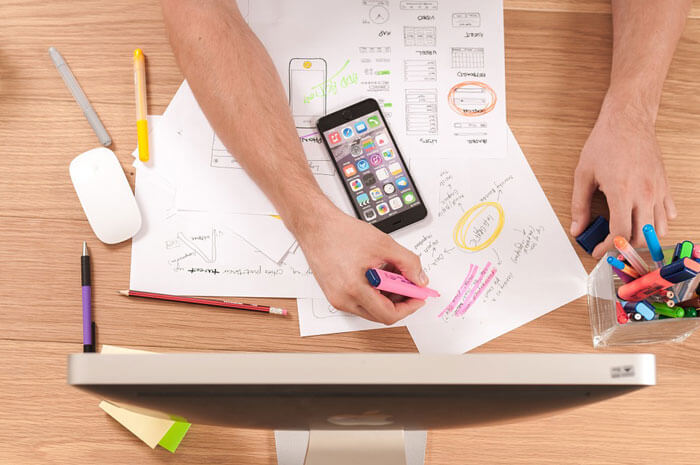 There have been extraordinary developments in the last few years in mobile app design, such as user on-boarding processes, product interfaces, and platform development.

As part of an ongoing upward trend, the number of mobile app downloads worldwide jumped from 140.7 billion in 2016 to 218 billion in 2020. By 2023, mobile apps are expected to generate more than 935 billion USD in revenue.

To give you an idea of what consumers are gravitating towards, the most downloaded apps worldwide in 2020 were Zoom, TikTok, Facebook, Whatsapp, and Instagram, with the majority being downloaded via Google Play. Apps for work and virtual socializing, then, make up a sizeable portion of downloads. Keep an eye on them.

If your business is jumping on the mobile app development bandwagon to take advantage of these numbers, you'll need to know the upcoming trends to grab (and keep) your target audience's attention.

In this article, we'll give your organization the tools to make your mobile app user-friendly and relevant – leading to higher ROI.

The biometric feature isn't new in mobile app development, but it will be taken to a more accessible level.

Mobile users are susceptible to get attached to biometric authentication for the sole reason of security. Biometric identification provides a secure access system to every industry.

For example, the "hamburger menu" or collapse menu button are typically placed at the top corner of the mobile application. It does not appeal to the audience because of the lack of efficiency and low discoverability.

UI and UX designers will explore more about static menus instead of the hamburger ones, because of the hassle-free approach and easy navigability.

You might think AR is only implemented in the entertainment industry (Pokemon Go, anyone?), but it's actually widely used in e-commerce, healthcare, AEC and much more. It has attracted the attention of behemoths such as Apple, Facebook and Google.

Broadly, AR apps are classified into marker-based apps (based on image recognition) and location-based apps. AR will be further integrated into mobile app design at an advanced level. With improved camera and display quality, augmented reality will deliver the best experience to mobile users.

Shared AR, 3D object detection, rendering and tracking improvements are some of the recent achievements in AR technology.

This can all seem a little overwhelming, so you can take advantage of trusted mobile app development services for their skills and advice.

The need of the hour is to create simple yet highly intuitive mobile app designs for saving time.

A lot of businesses exploring design elements that would require a shorter learning period for users. That's why choosing to work on popular app designs help in briefing the learning curve of the users.

This approach is often practiced by iOS app developers. The context-specific approach will become more popular, because it only displays information as per usage.

Apps Will Become the New Storytellers

Storytelling is the best way to engage your audience.

This brings you potential customers and makes them emotionally attached to your brand. Storytelling with creative character design appeals to the users in a way that they would avail the offered services.

Nowadays, people prefer self-explanatory creative designs and explainer videos over plain content. (Content is still king, but a king needs his knights.) Visual illustrations and elements create a strong connection between the app and the user.

Voice and visual interfaces are predicted to be the next big thing. We have already seen visual and voice interfaces independently, but this year will bring the amalgamation of both entities.

In the future, visual user interface might or might not have the mic button, but apps will still interpret the context of speech without clicking buttons.

For instance, if you are driving and getting a call, you can accept it by saying "Pick the call" or "Pick it up". You will be able to hear your app notifications with "Read it for me" command.

And if you aren't much of a reader but still enjoy stories or articles, you can listen to chapters by saying "Read the last paragraph or a chapter".

Life is going to be wicked. You can expect incredible products in this area with custom features based on demographics and region.

Americans, on average, check their phones once every 12 minutes. That works out to 80 times a day. With the above trends, you'll be able to give them (and others around the world) a user experience that meets and even exceeds their expectations.

You don't have to go it alone, though. Assistance is there if you need it.

BluEnt is a web and mobile app development company that's served not only funded startups, but HBO, Columbia University, Eve & Max, and other successful organizations in several capacities. We have a strong team of developers who are experienced with Android app design and development, iOS app development, and more.

Want to get started on a great mobile app for your business? Contact us now.