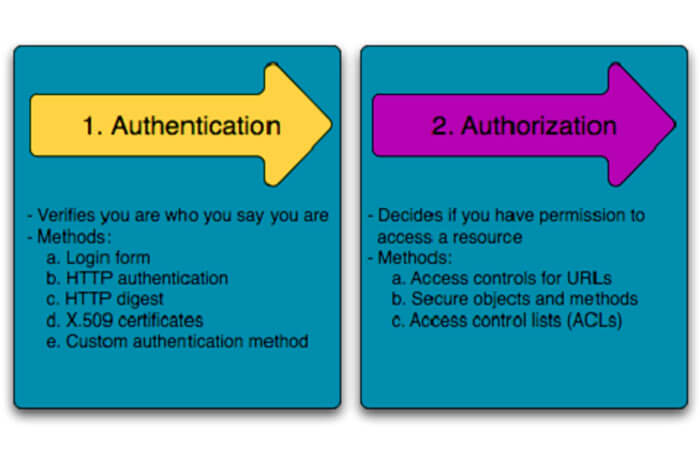 Developing a web product means you are launching it to millions of people across the internet space. This means that broader the audience, higher the need for web application security becomes. We don’t learn until it happens to us, it’s human nature. We are talking about hackers and attackers who are tempted by your web presence and popularity.

So, one shouldn’t wait for some kind of security breach to occur before considering it as a priority thing. People usually don’t pay too much need to web application security issues while developing a web app. That’s why we are here to talk about what should you be beware of and how to track your actions for protecting your web-based application.

Before we go further into understanding these issues, let’s figure out some fundamental definitions

We have noticed the majority of the times that app developers and IT professionals often get confused between the words - authorization and authentication. These two words are mostly used during the discussion of application security and gaining access. The short abbreviation “auth” leads to this confusion and no matter how frivolous it sounds, this has been a constant term which is enough to puzzle people.

So, let’s understand it briefly:

Your web application is prone to malware attacks 24*7 across the globe. With the increase in technology, the number of websites is also increasing exponentially with so much sensitive data. You need to be more careful in protecting the information. You just need to find the experienced and updated web app developers who have a thorough knowledge of how to secure the web application.

BluEnt is a web application development company based in North America. We have a strong team of web app developers with relevant experience. If you want to explore more on this, reach us here.