Minimum Viable Product (MVP) vs Simple Lovable and Complete (SLC): Which is Better For Your Business? 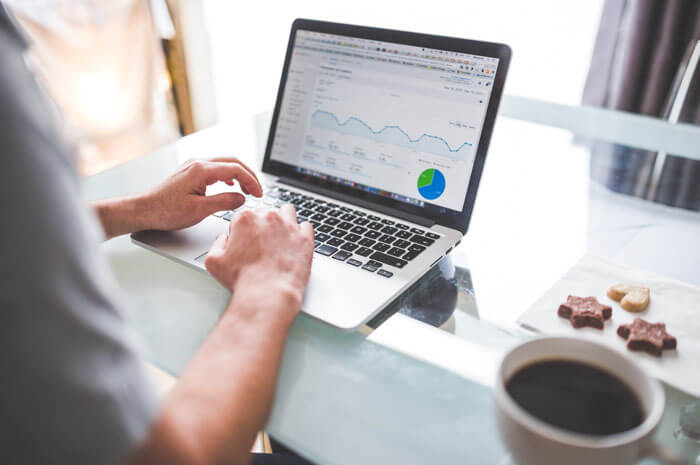 Over the years, arguments about which is better between MVP and SLC have continued to linger on. Many people believe that MVP is the best way to produce and launch a product while others are of SLC schools of thought.

The aim of this article, however, is to explore and examine these schools of thought and compare them & interpolating them to our real modern world.

What is the Minimum Viable Product (MVP)?

MVP refers to a collection of features a product should possess in order to create value to consumers. It sounds so simple, but it needs to be delved into further to get the true meaning of MVP.

According to Eric Ties of Lean Startup, MVP is "that version of a new product which allows a team to collect the maximum amount of validated learning about customers with the least effort." In this definition, the term "validated" refers to whether customers will like the product and purchase it or not.

MVP is an attempt to collect customers' reaction (accept or reject) to a newly created product. Instead of envisaging how the market will react to a product, MVP allows you to have a first-hand experience about what customers will do with the product.

MVP has some concepts, which are still valid and practicable today:

MVPs are great for new businesses as the startup can take advantage of the validated learning about customers as soon as possible. However, this is considered a selfish act on the part of startups.

The responses and comments made by customers, however, reveal that nobody wants an unfinished product. Customers desire awesome products that will meet their immediate need and create value.

The Shortcoming of MVP

Although MVP offers a quick solution to product creation and marketing, there is little attention to the 'V' part of the theory. Much emphasis is placed on 'Minimum' while the 'Viable' aspect is neglected. This has caused many startups to lose customers' trust.

The major setback with MVP is that its focus much more on the minimum part than the viable. What customers want are products that offer value - they want to derive value for the money spent buying the product. How do startups compensate for their products' lack of value?

The essence of any product is to meet specific needs. Therefore, startups and businesses need to focus more on the 'Viable' aspect of the MVP. And of course, this is the major shortcoming of MVP that opened the door to SLC.

Simple, Lovable, and Complete (SLC) is assumed to be the replacement strategy for MVP. Having outlined its relevance an based on its undeniable caused by startups that set their 'Minimum' ridiculously lower than what customers expect, MVP has somehow become an orphan with SLC embraced as the new way to go for product operation and marketing purposes.

The concept behind SLC is to create a product that is Simple, Lovable, and Complete. Customer satisfaction is the basis for SLC. It makes no economic sense when a product does not make customers happy. It seems more of a rip-off. Startups that choose to implement SLC must look at creating a product that has value - functionality to meet customers' needs. Then look for an effective way to make customers accept it (Lovable) and satisfy (Complete) their needs. It is on this bedrock the SLC stands.

There have been different schools of thought about, which is better between MVP and SLC. While a group of people strongly support MVP stating that the concept (MVP) did not ask startups to focus on 'Minimum' only and leave 'Viable' out, another group considers SLC as nothing but fluff, giving a new name to the old concept.

The arguments of these groups are reasonable and valid because the purpose of any product is to satisfy the needs or wants of customers, irrespective of the concept being followed.

Structured correctly, in addition to the sincerity of startups, product creation will not stop at 'Minimum' but progress to 'Viable' before the actual production and marketing processes. One of the arguments of MVP is to create a product that can meet at least some needs and enter the market quickly, then wait on customers' reviews and complaints to know the improvements to be made to create a complete product. Note that the product is expected to be simple (Minimum) and meet some needs (Viable). However, most startups derailed after conceiving the 'Minimum' idea for the product, ignoring the emotions of their prospective customers.

When emphasizing that MVP and SLC have almost the same meaning, people have successfully linked one to the other:

The belief in the SLC and MVP being similar considers Simple to be the new Minimum. The opinion here is that if you intend to create a product, do not make it overly complex - keep it simple. Customers expect and purchase simple products daily. Going further, before you go into production, set simple but relevant features (functionality) that target customers need in their daily lives. As long as your product gets some of their problems solved completely, you have no problem with acceptance - customers will embrace your product.

Then you tend to ask if there is any difference between Minimum and Simple. Simple includes important features into product development and launch while Minimum, as soon as conceived the essential functions of the product, quickly launches it in the market and wait for feedback to start a series of iterations. While 'Simple' sees its product as Complete, products under 'Minimum' are considered as work-in-progress. However, the argument above has been faulted on the ground that 'Simple' was introduced to divert the attention of startups from searching for the root cause of failure (using Minimum in MVP) only to embrace the same methodology (Simple in SLC) as MVP, but with a new name: SLC.

Other concepts being argued in the two methodologies (MVP and SLC) are 'Viable' and 'Lovable.' It is argued that a 'Viable' product is functional but does not necessarily have to be 'Lovable.' A 'Lovable' product is something that customers enjoy using. SLC's 'Lovable' concept calls for a re-engineering of purpose - MVP's 'Viable' focuses on customers' needs but SLC's 'Lovable' concept creates a refocus - to create what customers want, and deliver it in a way that they would want to use or interest with it.

The last part of the argument between MVP and SLC includes Complete and Product. MVP aims to create a functional product that solves a problem that customers are facing and be sufficient features for the product to exist, survive, and be accepted. On the other hand, the 'Complete' in SLC emphasizes on the one thing that the product must do end-to-end without giving a notion that something (possibly a feature) is missing.

In the long run, both methodologies ask the same questions such as:

When you can find answers to the questions above, you have successfully built an MVP that is Simple, Lovable, and Complete.

MVP is not a wrong methodology for product creation and marketing, and SLC is not the perfect concept either. The onus is much on the startups to create products that offer 'REAL' value to customers in a way that they would love to use the product and enjoy it every time. This is the missing link between MVP and SLC.

Bluent Tech. (2019, August 29). Minimum Viable Product (MVP) vs Simple Lovable and Complete (SLC): Which is Better For Your Business?. Retrieved from https://www.bluent.net/blog/mvp-vs-slc/