Should You Choose Java or .NET for Your Project? 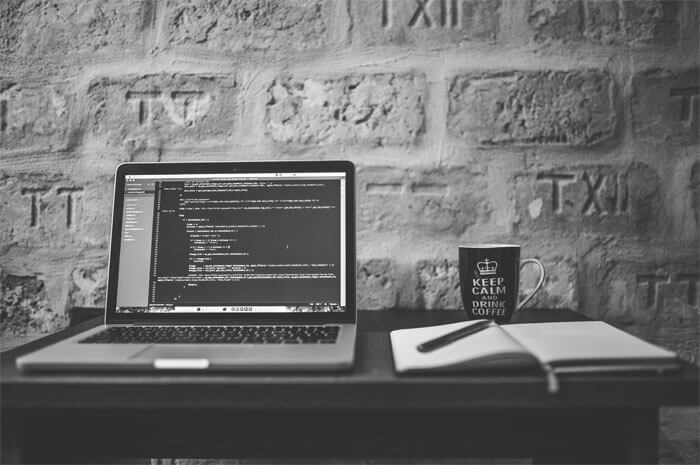 Planning on going ahead with web development or custom app development but not sure whether to choose between Java vs .NET?

Businesses around the world have started investing in mobile and web applications to boost their sales and find and retain customers. Two highly popular technologies used for this are Java and .NET.

But which one is right for your project?

Both Java and .NET are popular programming languages. Choose one can be challenging, so to help you make an informed decision that is best for your project, go through the key points we will be listing in this article.

Let's take a brief look at both technologies before we dive into their differences.

Java is an object-oriented programming language, and was developed in the early 1990s by James Gosling, Patrick Naughton and Mike Sheridian. It started as a project called "Oak" in June 1991.

It is unlike conventional languages, which are usually designed to be interpreted from the source code at runtime or compiled to a native code. Java is instead meant to be compiled to a bytecode, which is further run by a Java Virtual Machine using JIT compilation.

Java is class-based and general-purpose, and is widely used for client-serve side apps, with over ten million registered developers. Additionally, it is often used for designing apps for embedded systems, web servers, middleware products and scientific applications.

The primary idea behind the .NET strategy (begun in the late 1990s) was to encompass all Microsoft products and put the .NET ending on them, that is, Windows.NET. Currently, .NET is used extensively in development.

A few years back, .NET had the disadvantage of being controlled by Microsoft and hence running only on Windows. In contrast, Java could run on any operating system.

However, Microsoft later took a different approach, and .NET (including, of course, ASP.NET) became an open-source platform with no licensing costs. It is now compatible with all major operating systems: iOS, Windows, Docker and Linux.

Microsoft introduced ASP.NET as part of the .NET Framework in early 2002. Initially, it was designed to provide a better web platform than the "classic" ActiveX and Active Server Pages (ASP).

Since ASP.NET extends .NET, businesses can utilize the ecosystem of libraries and packages that are available to all .NET developers. Furthermore, you can create your own libraries.

With that, let's dive into the battle of Java vs .NET.

Java vs .NET: Differences and Similarities

Java runs on any computer, gadget or device. While .NET does run on major operating systems, it is mainly geared towards the Windows OS.

There are some open-source versions of .NET, such as ASP.NET, but they still focus on Windows users. With the Java Virtual Machine you can run its code with any OS.

Java takes the advantage here for being platform-independent and more portable.

Both .NET and Java provide support for various programming languages.

Java developers can use JavaScript, Groovy, Clojure and Scala.

While both of them support lesser-known languages, the J2EE framework uses Java as the default language. However, .NET offers compatibility with prominent languages and gives more flexibility with regards to enterprise solutions.

An integrated development environment (IDE) is a software solution that provides the tools required to develop and test software apps.

For .NET, the default IDE is Microsoft Visual Studio.

There are many similarities between Java and .NET when it comes to performance, since Java's syntax is derived from C and C++. However, as stated previously, since Java is platform-independent, its code can be run anywhere.

.NET provides a simple and general-purpose language that supports array bounds, garbage collecting, type checking, and checking uninitialized variables. In this way, you get more efficiency, robustness and durability.

Java arrays, on the other hand, only contain the feature of highlighting checked and unchecked expectations.

Aside from these points, the performance of the two languages is fairly similar.

Java is a good choice for complex solutions (for example, banking solutions) that require large volumes of users. This is because it offers data security and consistent and smooth access to many users at the same time.

Some of Java app development and web development's major advantages include:

The Java vs .NET question ultimately boils down to what you require, rather than which one is "better".

BluEnt offers mobile and web app development services for Fortune companies, SMEs and funded startups. Check out what we've done for businesses like yours here.

Ready to make your project a success with custom mobile app development and web development? Contact us now!

Bluent Tech. (2021, November 25). Should You Choose Java or .NET for Your Project?. Retrieved from https://www.bluent.net/blog/java-vs-net/

Bluent Tech. "Should You Choose Java or .NET for Your Project?" Bluent Tech https://www.bluent.net/blog/java-vs-net/ (accessed November 25, 2021 ).