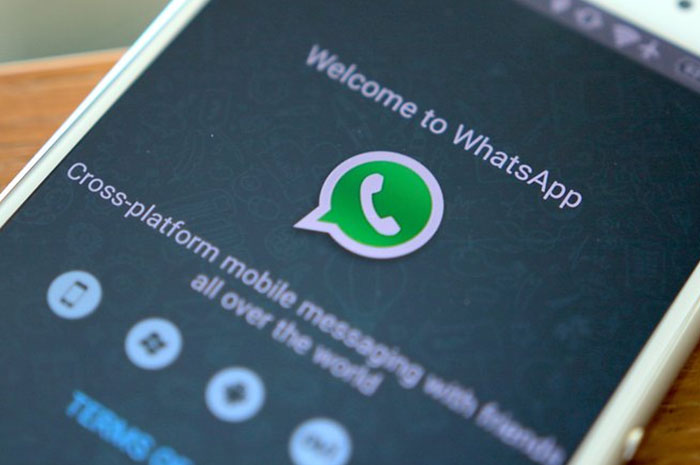 In a short recap of February, the hot topics were Valentine's Day, the new Facebook Dove sticker and just recently, the new WhatsApp update.

Yes, in the previous week, WhatsApp caused a stir all around the world, blowing the socks off people causing them to disturb their peace of mind. There have been articles and blog-posts about the know-hows of the updates, etc. The recent update has led to a wide range of memes and upset sounding tweets and has caused people to believe that originality is officially pronounced dead now.

WhatsApp has been one of the prime sources of messaging for people, with some 1 billion monthly active users. If that data does not impress you, check this out.

WhatsApp shares 42 billion messages, 1.6 billion photographs and on top of that, some 250 million videos are also shared—all on a daily basis.

WhatsApp started in the year of 2009 and later on was acquired by Facebook in 2014 for a grand sum of $22 billion dollars. WhatsApp has maintained its reputation of enabling people to connect with ease, whether they may be in Manhattan or Manila. Its ability to allow people to be connected through not only text or pictures, but also audio recordings and videos has wowed its users since the beginning. Since the time Facebook acquired WhatsApp, it has only progressed, first giving the users the awesome feature of being able to place voice calls internationally through data or wi-fi, basically, the Internet, a feature Viber used to be the pioneer of. Later on, with addition of international video calling, android users received the Facetime like experience they had been waiting for all these years.

But the latest update has managed to cause a gigantic stir in the world, which is not really appreciated by all. Mostly, people are ticked off by the fact that WhatsApp basically just copied the whole layout of Snapchat and Instagram stories, which has drove people off the edge. But that is not the only reason to cause an outrage. Continue reading to reveal what the update about and what we at BluEnt think WhatsApp should have focused on instead of pulling off the move it did.

WhatsApp in its update revamped the already existing feature of Status. The status used to be a little written message, some 140 characters long, which people could see, depending on your privacy settings. Now, WhatsApp has completely eradicated the text-based statuses, which has created mass confusion amongst people and rightly so. Now, statuses are picture based, and are deleted in 24 hours, exactly like Snapchat and Instagram stories do. This is the only change that has come with the new WhatsApp update. Let's look into the pros and cons of this update, and what's our say in it:

As attractive and as noble the idea of introducing a pictorial layout of the WhatsApp status, there are some cons to it which WhatsApp didn't seem to take the time to think through. Here are some of them listed:

This update is brand new and it would only be fair to give WhatsApp a chance to experiment with it and figure out if it works for them or not. However, what this update has done is it has kind of diluted WhatsApp to just another trying too hard to be cool app, which can ultimately threaten its huge market and lead to the rise of competitors starting up newer apps. They should have tried it on a smaller scale and carried out some basic tests to see if the people would want this makeover or not. Here's what BluEnt thinks about what could have been done before taking the plunge:

In a world of SnapChat and Instagram, WhatsApp was the clear stand-out app which has a huge market. Taking the same route as these two Pictorial Based Apps was not a very wise idea, but it is something that should not have come as a gigantic shock, considering both Instagram and WhatsApp have the same parent company—Facebook. These are a couple of things WhatsApp could have worked on, rather than just jumping on the bandwagon like its fellow competitors:

WhatsApp introduced a great feature in the current update, that is having total control over who gets to see their stories.

Using this same concept, WhatsApp should have given this control over a user's profile picture as well, to ward off the attention of their fellow WhatsAppers. Currently, WhatsApp offers three privacy settings for profile pictures:

By giving the control of selecting the audience they want to see their profile pictures, they could really let people breathe in a sigh of relief. By doing this, one wouldn't have to explain why they deleted them from their contacts, etc.

This feature of WhatsApp is extremely creepy and was not well-thought through. WhatsApp is primarily and has always been a messaging app, for all kinds of people. Nobody needs to know who is seeing whose statuses at what time. Not having this particular feature was one of the reasons why WhatsApp was a favorite for many.

The new status update has dramatically diluted the brand image of the application which should be a matter of concern for them. Though the thought behind the idea was noble and no harm was intended for people, WhatsApp has managed to receive a lot of criticism by the people. WhatsApp should take this as a constructive reaction of people and give them what they were comfortable with. The major reason why this new feature seems to be a little too stand off-ish is because WhatsApp has been a means to communicate through messages from families to businesses.

But this move made by WhatsApp proves a very important point, which is that all big web and mobile apps have come down to believe in the power of live stories. The whole capturing every moment on the go has translated well amongst people and has found home in their hearts. It proves that pictorial depiction of messages has become a loved by all phenomenon which is ultimately why it seems WhatsApp too gave into the trend. Visuals are the future, surely, but for applications like WhatsApp which have always been IM based, it seems to be a very ambitious makeover. Let us know what your thoughts are about the same in the comment section below.