Android vs iOS app development: What does my startup need?

When it comes to smartphones, there is one war that is unending - Android vs Apple. Every startup faces the perineal question in the cut-throat competition today: Should I go for Android app development or iOS app development?

There is a lot to debate on the merits and demerits of both these platforms, making the decision to choose one all the more difficult.

Per a study by dailytekk, the lifecycle of an average smartphone device is approximately 12 to 18 months. Users download most of the apps during the first 3 to 6 months and the following six months are marked by a declining interest in using mobile applications. This means that you only get a few weeks' time to showcase the services and products you offer through your app to your target audience.

Both iOS and Android have their own merits and demerits. According to a study by DazeInfo, Android owns a majority of the market with 80.2% while Apple owning only 14.2%. You should not judge iOS lightly from these figures though. Apple's services are focused on premium customers in a mature market while Android is used by every type of consumers. The same study reports that iOS users are more loyal than their Android counterparts. They stay with the operating system longer than Android users. iOS users also have more spending prowess and have a higher income than the Android users.

This is all so overwhelming. What should I do?

We understand that it becomes difficult for a new startup to focus on branding and marketing strategies before they even come up with their service and product offerings. But, truth be told, how you position yourself as the market leader is important. It paves the way for the brand image of your company in the future. 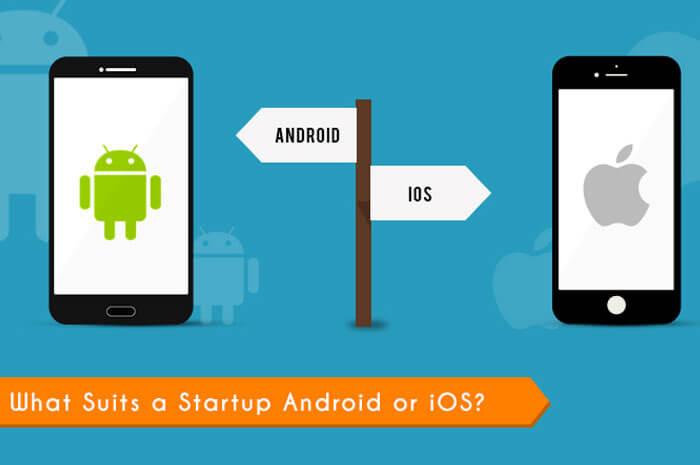 And therefore, it becomes essential to outsource mobile application development to teams who have the relevant expertise and will be able to guide you in the right direction.

In BluEnt's experience, there are a few key parameters which you should take into consideration and discuss with your mobile app developer team.

Read on to find out more about these parameters:

To sum up, both platforms have numerous benefits and demerits for mobile app development. It is up to you to decide on the parameters which govern your business before you give the green light for app development.

A good outsourcing company can help you make the right choice. BluEnt is your one-stop shop for custom mobile app design, iOS, and Android app development. With offices in USA, Canada and India, we have a skilled team of mobile and web application developers. Get in touch today to know more about the services we offer!

Bluent Tech. "Android vs iOS app development: What does my startup need?" CAD Evangelist, May. 30, 2017, https://www.bluent.net/blog/android-vs-ios-app-development-for-startups/the-great-wall-of-china.

Bluent Tech. (2017, May 30). Android vs iOS app development: What does my startup need?. Retrieved from https://www.bluent.net/blog/android-vs-ios-app-development-for-startups/