Home > Blog > What is the Difference Between GUI Interface and Textual Interface?

What is the Difference Between GUI Interface and Textual Interface? 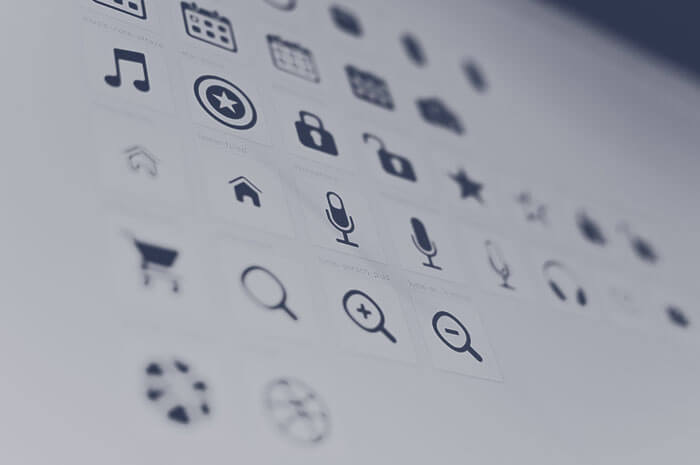 What is a GUI interface, and how is it different from a textual interface? Answers to these questions are essential to get a more detailed idea of what goes into your business' website or mobile app.

What is a GUI Interface?

The graphical user interface (GUI) was developed in the late '70s and early '80s at Xerox PARC by Douglas Engelbart, Alan Kay, and other researchers. It is a system meant for computer software, and consists of interactive visual components. With it, a user does not have to know commands to use a computer.

GUIs display intuitively recognizable objects that convey certain information and represent behaviors that can be done by the user. These objects change visibility, size or color upon interaction, and can even be enhanced with sounds. Examples include cursors and icons. As you can image, this is a big deal for User Experience (UX) and User Interface (UI).

The GUI interface has become common in macOS, Windows, and several other software apps.

The first commercial use of GUI came in 1983 with Apple's Lisa computer. This was followed by the now-iconic Macintosh in 1984, and Microsoft's Windows 1.0 in 1985. The introduction of such systems revolutionized the concept of the personal computer and helped to make them more available to the general public. Prior to this, computers were primarily used by IT experts, advanced users, and scientists.

Examples of a GUI Interface

Contrary to common assumption, not all operating systems are GUI. Early systems such as MS-DOS and some versions of Linux, such as Ubuntu, have no GUI. Some example of GUI include:

What are the Benefits of GUI Software?

Many of the GUI's benefits are relative to the older textual interface, which many people consider too cumbersome to use. Some of these benefits are:

What are the Drawbacks of GUI?

How Does a Graphical User Interface Work?

A GUI is typically navigated using a mouse. However, a keyboard can also be used through arrow keys or keyboard shortcuts. Many devices now also use a touch screen.

For example, if you wanted to open a program, you would shift the mouse pointer over that program's icon and then click it.

What is a Text Interface?

The text interface was the standard method of interacting with computers to perform specific tasks until the late '70s. While it has largely been replaced with GUI, it is still used by software developers and system admins. This could be to access features not in the GUI, to install software, or to configure computers.

Common types of textual interfaces include the MS-DOS for Windows and the Bash shell for Linux and MacOS.

TUIs often structure the display utilizing graphical characters, like ╣ and┌. They are referred to as the "box drawing" set in Unicode.

With TUIs, you can test applications and monitor systems. A good way to get started with them is through Python or C.

How Does a Textual Interface Work?

The user types in a command for a specific task, and then submits the command by pressing the "Enter" key. This is received, analyzed and executed by a command-like interpreter.

A major drawback of text interface is that the user cannot edit commands that have already been submitted.

A text screen can be one of three types:

Why is Textual Interface Still Used?

While text-based interface calls for the memorization of many commands, it can be a valuable resource.

When Should You Learn Text-Based Interface?

There are some situations in which learning more about textual interface would be beneficial. These include:

Both GUI interface and text interface have their importance in computing.

While it is easy to create a user-friendly app with GUI, as more features are added, the interface becomes confusing or the dialogue boxes become slower to navigate.

Whatever the case, BluEnt can spare you the trouble. We specialize in custom web application development and mobile app development services.

By leaving the heavy lifting to us, you can focus on running your business and save both time and money. We cater to large and medium-size firms, as well as funded startups.
Ready to get more customers? Contact us now!